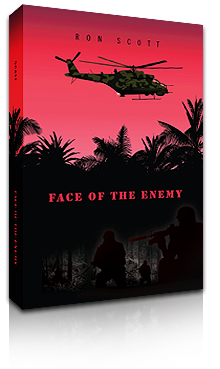 One of the most turbulent decades of the twentieth century is in mid stride, and two men from opposite backgrounds find themselves victims of circumstance—The Vietnam War.  Brett Edwards is married, a college graduate, and a retail executive living in suburban New York; while James Curtis is a single, high school dropout, and youthful offender hardened by the mean streets of Newark, New Jersey.  James is the volatile personification of the Black Power Movement; unabashed, unafraid of expressing his hatred of the white man’s system.

However, both men receive a letter that will change their lives.  James had been given a choice: sign up for the Army or serve hard time in prison.  Brett had become accustomed to years of draft deferments; unexpectedly, he receives the letter.

As the men move through Army training, each recognizes a strange consistency.  Faces in the unit come and go, yet Brett and James continue to share the same orders. The men forge a friendship; James credits fate with his new friendship, and attaches fearful premonitions from his past to preserving that friendship. The futures of both men rest in the inconceivable Face of the Enemy.

When they enter the Vietnam War zone, there is only one priority—survival.  Replacements are expendable.  The right to go home is earned. To earn that right, Brett and James will struggle against the disease of losing their souls, the disease of Vietnam.  In the midst of a combat operation, Brett is transferred to Brigade Headquarters.  James is twice wounded and survives the near annihilation of his company, when he is charged with desertion in the face of the enemy. Brett becomes involved in James’ defense, and begins to unravel a conspiracy that has and will affect their lives.